Help Burgess & Byron Fight Back Against the Democrat Lies 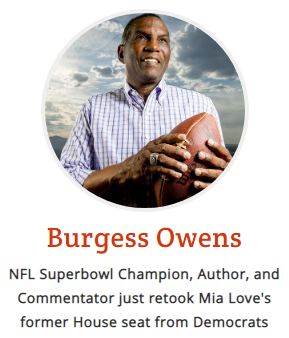 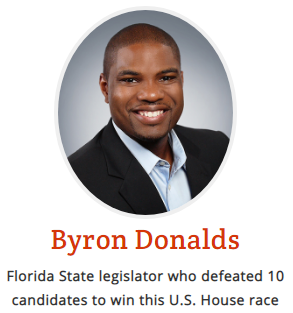 The Democrats are coming after newly-elected Reps. Burgess Owens and Byron Donalds like nothing I've ever seen before...

...because these two Black conservative Congressmen are RECLAIMING Black voters from the Democrat Party by EXPOSING the Democrats' race-baiting LIE that conservatives like you and me are all racists.

The Democrats know the only way to keep their stranglehold on Black voters is to SILENCE outspoken Black conservatives like Burgess & Byron before they can destroy the Liberal LIES within the Black Community.

That's why Democrats will stop at nothing to SHUT THEM UP!

And that's why I'm counting on you to help Burgess & Byron FIGHT BACK at this critical time.

Thank you and God Bless.