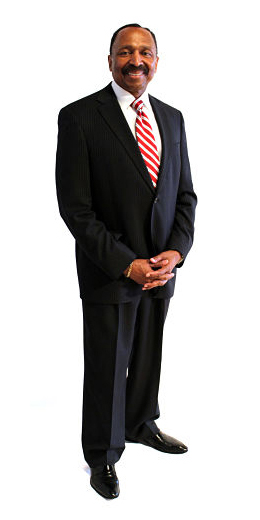 The Democrats are hell-bent on destroying America's next Black conservative superstar, E.W. Jackson, because his unapologetic, say-what-you-mean criticism of liberal policies is convincing Black voters to abandon the Democrat Party.

E.W. is on a personal mission to reclaim Black voters to the Republican Party, and he's running for U.S. Senate to continue this mission (and defeat Hillary's favorite Senator, Tim Kaine).

The Democrats know full-well that E.W. Jackson's message is resonating in the Black community - threatening to destroy their stranglehold on Black voters.

AND THE DEMOCRATS ARE DESPERATE TO SHUT HIM UP!

With the primary election next month, time is quickly running out to push E.W. to victory. We must show the Democrats their lies will not be tolerated and Americans are no longer willing to stand by and let them divide our country.

Make no mistake about it; this will be one of the most contested and closely watched races of the year! AND YOU CAN MAKE THE DIFFERENCE.

If you can't afford that much right now, please contribute $10, $5 or even $1 as a symbol of your support.

Thank you, in advance, for your support.